Rapid Round with Belle Howard

In today’s instalment of 2022 Rapid Round, we feature a quick-fire round with Belle Howard from Kia Ora Stallions, recently appointed in a nomination sales role.

TDN AusNZ: What is your first memory working with horses?

Belle Howard: You couldn’t call it working, but I vividly remember being dragged around the yearling sales at Inglis’ Newmarket complex by my mother at age four. Soon after, I politely requested (begged for) a pony.

TDN AusNZ: What was your first job in the thoroughbred industry?

BH: At age 17 I began riding trackwork at Rosehill Gardens for Tim Martin. After Typhoon Zed took off with me on the trotting track, I was relegated to riding the 2-year-olds and learned how to effectively bridge my reins. Sore arms aside, I was hooked.

TDN AusNZ: What pathways led you to working with the nominations team at Kia Ora?
BH: I was reading pedigree pages before I could read a street sign, thanks to being the daughter of a pedigree analyst, so you could say that it is in my blood. I studied Equine Business Management at Marcus Oldham College fresh out of high school then, after wrapping up my showjumping career in Europe at age 20, I returned to Australia to work at Vinery Stud with the yearlings and at the foaling unit. I then got a job with a breeding and racing publication where I dabbled in a bit of journalism. From there, I moved into a racing manager role at Champion Thoroughbreds and later with Triple Crown Syndications, which was good fun. I had a break from the industry during which I worked in real estate sales and nutrition, however the pull to return to the breeding and racing industry was strong. When the opportunity arose to be part of the team at Kia Ora Stallions, I knew it would be a perfect fit. 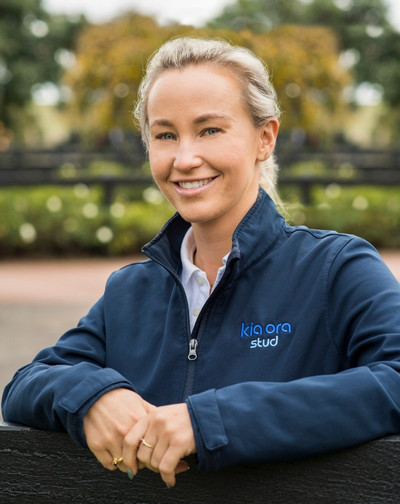 TDN AusNZ: Can you describe a normal day working at Kia Ora?
BH: There’s a lot of variation and travel depending on the time of year with sales and visiting studs (I’m writing this while on a plane to New Zealand), however most days at the farm/in the office include stallion parades, ample phone calls, two coffees and plenty of pedigree analysis.

TDN AusNZ: Do you follow racehorses to the breeding barn? Which first-season sire are you most excited about, and why?
BH: Absolutely. Captivant is a great example of that. I vividly remember him in the parade ring prior to winning the Champagne Stakes and thinking what a good-looking horse he was. He’s part of an exciting sireline being the best-performed son of Capitalist who is the best-performed son of Written Tycoon. Being out of a Commands mare opens him up to working well with mares from the Eight Carat family, from which Commands hails. Plus, his temperament is incredible – that’s an important factor in breeding a racehorse. He would be my pick of this year’s first-season sires and, pleasingly, he stands at Kia Ora Stallions!

TDN AusNZ: Which stallion do you believe is the best physical type?
BH: Prague. He has it all. Good size and bone, a deep girth, strong hindquarter, and he has genuine quality. For his size, he is remarkably light on his feet which demonstrates his athleticism – everything you would hope for in a $1.6 million yearling and prospective successful sire. If you liked Redoute’s Choice, you’ll love Prague. 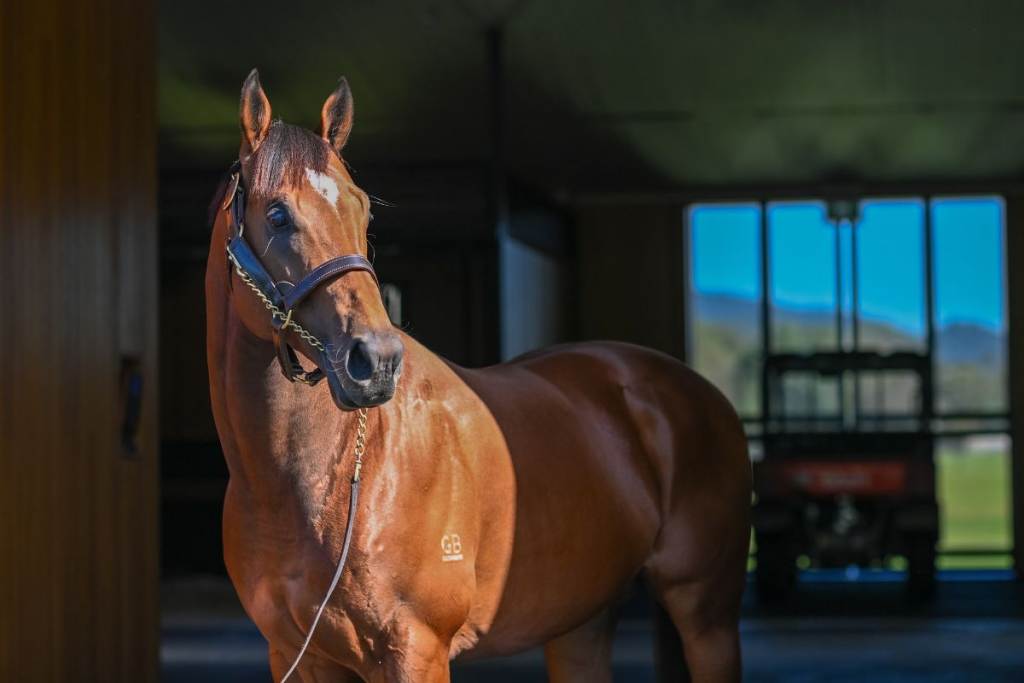 TDN AusNZ: What foals are you most excited about seeing this coming season?
BH: Moss Trip’s foal by Farnan. I was at Triple Crown when Chris and Mike (Ward) purchased her for just $32,000. I still remember her walking around the Snowdens’ stable and Peter remarking that it was one of the best walks he’d seen on a yearling. She went on to win a couple of handy stakes races before joining Kia Ora’s broodmare band.

TDN AusNZ: Do you have a bucket list of industry events you would like to tick off?
BH: The Kentucky Derby is high on the list, as is visiting the Arqana sales in Deauville, France. I would also really like to go back to Royal Ascot – I went when I was 19 but I would get a lot more out of the trip the second time around.

TDN AusNZ: What advice would you give to an aspiring person wanting to work in the industry?
BH: Try your hand at as many facets of the industry as you can – all those experiences will be valuable in the long-term, whether you enjoyed them or not. Always follow through with what you say you’re going to do, and back yourself. Being honest gets you longevity in the game.

TDN AusNZ: What positive change would you like to see in the industry in 2022?
BH: More pathways to encourage women in this industry into leadership roles.