The two-year-old Lonhro colt Amenable made a stunning career debut in a last to first performance over 1300m at Sandown-Hillside on Wednesday.

With Patrick Moloney in the saddle, the Mick Price and Michael Kent Jnr-trained colt bowled along at the tail of the field. The experienced Juporth colt Jamarra looked set for his second win when taking control at the 250m.

Moloney was winding Amendable up down the centre of the track, and he hit the line with gusto, defeating Jamarra by three-quarters of a length with the Sidestep colt Liberty Steps a further one and three-quarters back in third.

“He comes from a very tough family. We knew we had a good colt on our hands but had to keep a lid on him,” stable representative Ben Alam said.

“As he has gotten fitter, he knows he is a colt. He had a bit of a play in the parade ring, but he put his best foot forward.

‘We have been working him sitting off (the pace), but to do this at the first start, you have to be pretty good.

“I think he showed he will be up with the better races in the spring.”

A $150,000 purchase by MG Price Racing & Breeding from the Lime Country Thoroughbreds draft at the 2021 Inglis Melbourne Premier Sale, Amenable was bred by Kia Ora Stud and is a brother to the 5-time winner, and Group III placed Lovano and Listed Lord Stakes winner Holbien (Pierro).

His dam Carribean Sunset (IRE) was a smart performer for Dermot Weld in Ireland and Christophe Clement in the US.

The daughter of Danehill Dancer was a 3-time Group III winner in Ireland and placed in the Group 1 Irish One Thousand Guineas and Group 1 Coronation Stakes.

She was a stakes-winner in America and was runner-up in the Grade 1 Diana Stakes at Saratoga.

Carribean Sunset (IRE) was purchased by James Bester, on behalf of Kia-Ora Stud, for $1,000,000 at the 2010 Keeneland November Breeding Stock Sale. 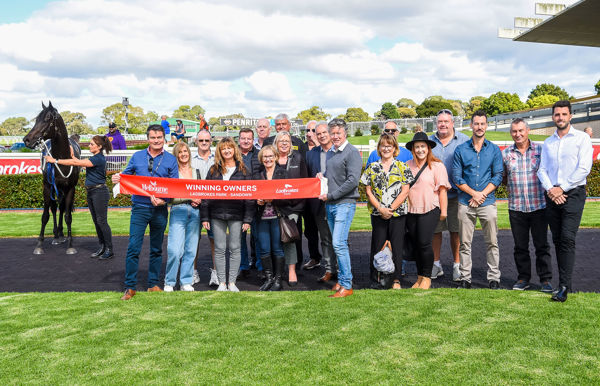