Darley Stud’s perennially successful sire Exceed And Excel (also bred and sold by Kia Stud) enjoyed a day to remember on Saturday when his two-year-old son McLaren won the G3 Canonbury Stakes at Rosehill and 3yo daughter Nafaayes won the G2 Wilgerbosdrift Gauteng Fillies Guineas, the first leg of South Africa’s Triple Tiara for 3yo fillies, at Turffontein.

Exceed And Excel has now the impressive total of 154 black type winners to his name, with his previous star performers including such G1 winners as Excelebration, Mr Stunning, Helmet, Outstrip, Margot Did and Overreach.

The Sheikh Hamdan al Maktoum bin Rashid owned daughter Nafaayes was dispatched a weak 28-10 favourite for Saturday’s 1600m contest, but was meeting the likes of multiple graded stakes winner Ronnie’s Candy at 2kgs worse off and as such many thought she would find it hard.

The latter, a stable mate to the eventual winner and one of 3 runners in the race for trainer Mike de Kock, was ponied down to the start, which saw Celtic Sea slow away and lose ground early on.

Outsider Saints Alive went off to make the running early on, with the fancied runners Nafaayes and Ronnie’s Candy racing just off the early pace, as the likes of Blossom and Celtic Sea bought up the rear of the 16 horse field.

Turning for home, both Nafaayes and G3 Three Troikas Stakes runner up Running Brave powered up into contention, with the luckless Celtic Sea trying to run on gamely from well off the pace.

Running Brave battled gamely, but the Warren Kennedy ridden Nafaayes fought back to head and defeat that Paul Matchett trained runner by a short head, into second place.

Running Brave, a filly surely destined to win a feature race before too long, finished a length and a quarter clear of Celtic Sea, who really caught the eye back in third. That Sean Tarry trained filly looks sure to be a big runner in the next leg of the Triple Tiara –the G1 Wilgerbosdrift SA Fillies Classic, which will be run over 1800m next month.

Nafaayes picked up the second G2 win of her short career in a time of 99.89.

Bred by the Kia Ora Stud (also responsible for breeding South African Horse Of The Year Igugu), the ultra-consistent Nafaayes has yet to finish out of the money in six outings. Now a winner of four of six outings, including the G2 World Sports Betting Ipi Tombe Challenge, the filly took her earnings to R904 250 with her win on Saturday.

Out of the talented Dehere sired G3 Debutante Stakes winner Decelerator, Nafaayes was a $350 000 buy from the 2017 Inglis Australian Easter Yearling Sale. 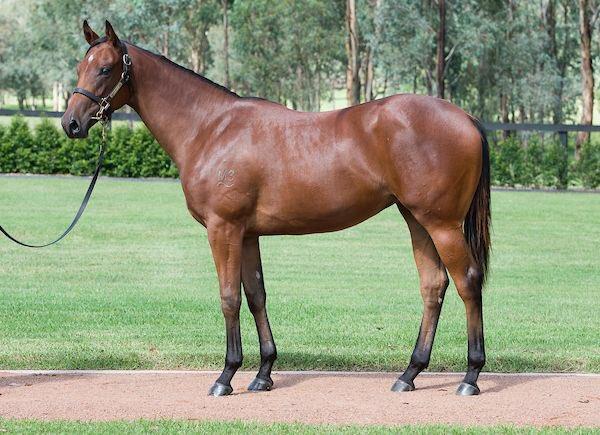 Decelerator, in turn, is out of Paris Rose –a half-sister to G1 Test Stakes winner Fabulously Fast.