Yarraman Park’s outstanding sire I Am Invincible added a sixth juvenile stakes-winner this season to his tally on Saturday with an impressive debut victory for Loving Gaby in the Group III MRC Chairman’s Stakes at Caulfield on Saturday.

Trained by Ciaron Maher and David Eustace, she was sent out favourite, but was slowly away and found herself last in the early stages to the surprise of punters.

“This horse has a really bright future,” Ciaron Maher said. “She sort of put the writing on the wall in her trial the other day.

“You could see when she got out, she still didn’t know how to flatten out.

“She was ultra impressive and I couldn’t be more excited really.” 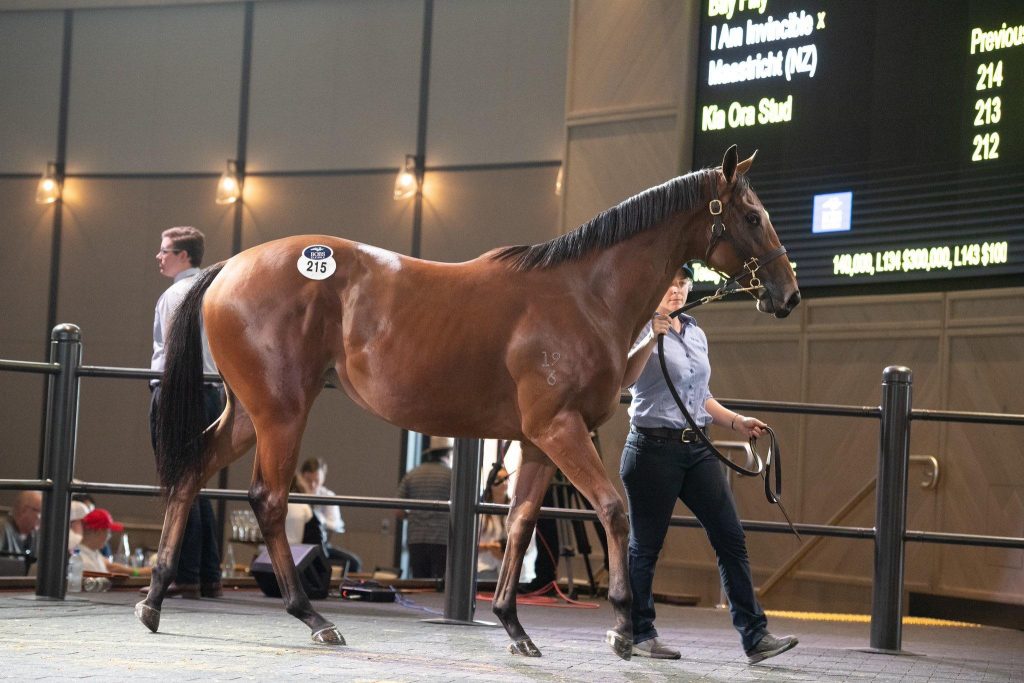 She was bred by Kia Ora in partnership with Alan Bell and is the first foal of Group II placed Maastricht, who was race by Bell.

A half-sister by Mastercraftsman (IRE) to Group I winner Velocitea, Maastricht has a weanling filly by Sebring and is due to foal to I Am Invincible again this spring.